Dungeons and Dragons and Youth

WE THREE KINGS OF ORIENT ARE – HYMN

OF THE FATHER’S LOVE BEGOTTEN – HYMN 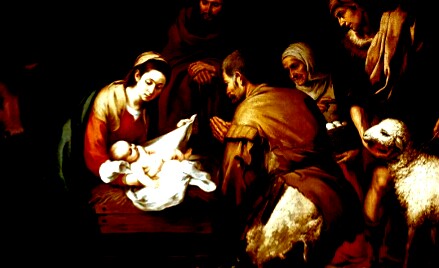 Father Cassilly writes: “To live or abide in a place means much more than a casual or temporary stay. The traveler, who is in need of shelter or refreshment, puts up in an inn or hotel, or camps by stream or wayside. But only a permanent place of abode is called a home. . . […]

The Doctrine of Appropriation

Father Cassilly discusses the doctrine of appropriation, which helps the human mind begin to understand the nature and activity of God. He notes: “Reflective minds may be moved to ask the question, why, then, the indwelling in the just soul and its sanctification, which are equally of the Three Divine Persons, are attributed so prominently […]

Union With God in Heaven

Father Cassilly writes: “In the consummation of our union with God in heaven, time and space will seem to vanish for us, a moment of this sublimation into companionship with the Deity will lengthen into a century, and a century appear but as a moment. ‘One day in Thy courts is above thousands’ (Ps 83:11). […]

How God is Present in the Human Soul

Father Cassilly continues his explanation of how God is present in all creatures in a threefold manner: by His power, by His presence and by His essence. Regarding human beings, he writes: “No one, not even by the greatest effort, can withdraw himself from God’s sight or place himself beyond His power. But the habitation […]

The Indwelling of the Holy Spirit

St. Paul writes to his flock at Corinth: “Know you not that you are the temple of God, and that the Spirit of God dwelleth in you?” (1 Cor 3:16) And to the Christians of Rome he says: “The charity of God is poured forth in our hearts by the Holy Ghost, Who is given […]

Thought for the Day – 3 December – Recollection

Thought for the Day – 3 December – Meditations with Antonio Cardinal Bacci (1881-1971) Recollection “The Holy Spirit places the following words on the lips of the prophet Jeremias.“With desolation is all the land made desolate, because, there is none that considereth in the heart” (Jer 12:11).Dissipation is the mark of the worldly and of […]

Quote/s of the Day – 3 December – The Memorial of St Francis Xavier SJ (1506-1552) “It is impossibleto find a saintwho did not takethe “two P’s” seriously –Prayer and Penance.” “No-one may ever excel in great things,who do not first excel in little things.” “If you are in danger,if your hearts are confused,turn to […]

Tucker: Experts got it wrong – surprise,surprise!

“In Her Heart” Advent Retreat Talk 4: The Nativity

The Seven Sorrows of Mary

Marie-Julie Jahenny was born in a large peasant family, and later joined the Third Order of Saint Francis.

During her life, she reported several apparitions of the Blessed Virgin Mary and Jesus Christ through which she received prophecies about the end of the world, the Great Catholic Monarch, punishment for the sins of the people, the destruction of Paris through civil war, the Three Days of Darkness, and the coming of Antichrist.

From the age of twenty-three until her death, she bore the stigmata.[2] According to the testimony of witnesses, she experienced miraculous Holy Communions, miraculous fasting periods to where she lived on no other food but the Eucharist for several years, suffered supernatural attacks from the devil, and had the gift of prophecy and miracles.

Marie-Julie predicted numerous chastisements for sin that would fall first on France then spread to the rest of the world. These include: earthquakes, unprecedented destruction through storms, failed harvests, unknown plagues that would spread rapidly plus the cures for them, a “Blood Rain” that would fall for seven weeks, civil war in France that apparently would be started by conspirators in the government, the persecution of the Catholic Church with the total closure of all churches and religious houses, persecution and slaughter of Christians, the destruction of Paris, a Two Day period of Darkness that would come circa a month before the Three Days of Darkness. The coming of the Great Monarch would also be announced by signs in the sky. She also had visions of the Angelic Pontiff who would reign at the same time of the Great Monarch, and that both these great leaders were destined to restore the Catholic Church.[3] Her house has been transformed into a sanctuary, which bears her name, in Blain, near Nantes where she is buried in the cemetery.

An association called “Le sanctuaire de Marie-Julie Jahenny” was created and presided over by Andre, the Marquis of La Franquerie, the French monarchist propagandist (1901–1992).