Thomas now has his own YouTube channel here: @Thomas Alexander/videos

Was an Islamic Paradise in Spain a Myth? Thomas says it was anything but a paradise, and history seems to bear him out. Let’s see how he proves it…

Yet, this is not what the Western world, nor the Islamic world believes.

According to the UNESCO: “Throughout the period of Islamic rule al-Andalus was a remarkable example and outstanding model of tolerance. It emerged at the time of the conquest, when the Muslim conquerors undertook to preserve the freedoms of their subjects, protect their fortunes and their property, respect their churches and ensure their defence. […] It demonstrates in the clearest possible way the generosity of the conquerors’ conduct and policy towards the vanquished in the age of the Governors, which resulted in a perfectly harmonious cohabitation and a model of peaceful coexistence between the different races and religions.”

This is much the same story we get from the Standard Islamic Narrative (SIN) suggesting that the Muslims in Spain brought with them a benign and benevolent environment to that country.

For instance, history shows us that Ibn Rusd (also known as Averroes) and Ibn Maymun (known as Maimonides), two philosophers, thinkers and astute writers, touted as two of Islam’s crowning testimonies to freedom of expression, were actually hated by their Muslim peers and were both exiled from Spain during their lifetimes, with their works loved and cherished by Christians and Jews instead, proving that history doesn’t sit well with the Standard Islamic Narrative (SIN) 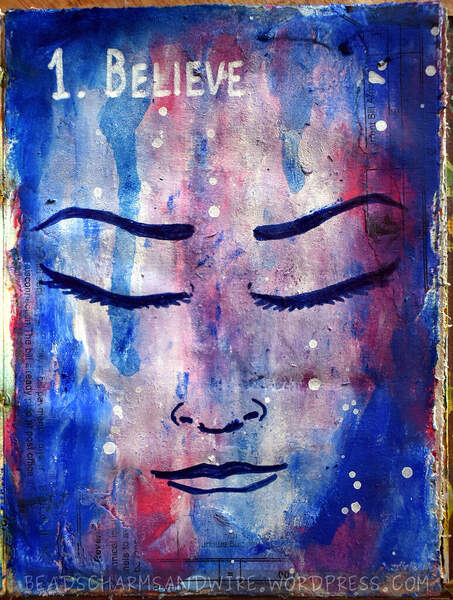 Originally posted on Beads, Charms, Wire…:
[Challenge win: Top rocker at 613 Avenue Create challenge] Happy 2023, everyone! This year, I hope to believe a bit more–in myself, in others, that things will go okay–and act accordingly. Here’s a recent art journal page of mine that reflects these thoughts – I kept this session (and…

Originally posted on Beads, Charms, Wire…:
Here’s another set of Zentangle-inspired doodles that I made recently – Most of my gel pens are awesome–they glide over paper well and create smooth lines. Some, however, have hiccups and vomit a bit of ink now and then, and I have to adjust–I generally end up incorporating the…

“This is the day” — Poems From Oostburg, Wisconsin

Describe the happiest day of your life.Bloganuary Prompt for January 17, 2023 This is the day which the LORD hath made;we will rejoice and be glad in it. Psalm 118: 24 P  romises ofS  erenityA  ndL  oveM editations andS  trength PSALMS The Psalms have been with me for as long as I can remember. I wrote the acrostic in […] […]