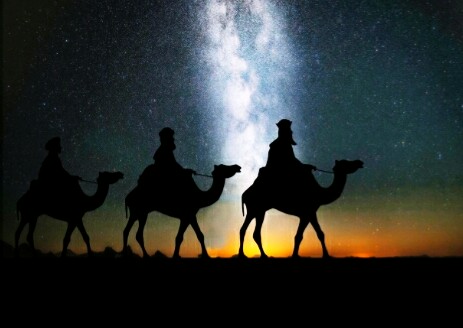 Although Cecilia is one of the most famous of the Roman martyrs, the familiar stories about her are apparently not founded on authentic material. There is no trace of honor being paid her in early times. A fragmentary inscription of the late fourth century refers to a church named after her, and her feast was celebrated at least in 545.

According to legend, Cecilia was a young Christian of high rank betrothed to a Roman named Valerian. Through her influence, Valerian was converted, and was martyred along with his brother. The legend about Cecilia’s death says that after being struck three times on the neck with a sword, she lived for three days, and asked the pope to convert her home into a church.

Since the time of the Renaissance she has usually been portrayed with a viola or a small organ.

Reflection
Like any good Christian, Cecilia sang in her heart, and sometimes with her voice. She has become a symbol of the Church’s conviction that good music is an integral part of the liturgy, of greater value to the Church than any other art.

Saint Cecilia is the Patron Saint of:
Musicians

The Responsorial Psalm for the Catholic Mass Day by Day

The words of saints and sages.

A DOSE OF GOD TODAY

The Order of Preachers, Independent

The Dominican Order of The Unified Old Catholic Church

Poetry in Prayer | A People After the Heart of YHWH

Some coffee, a keyboard and my soul! My first true friends!

keto is about losing weight

Philosophy is all about being curious, asking basic questions. And it can be fun!

Generate Your Own Voice Overs for Videos, Games and AudioBooks

This is the day that the Lord has made!

See Jesus in all the scriptures concerning Himself.

The Servant of the Lord Must Be Apt to Teach

Yet Not I: Meditations on a life of ordinary suffering

Why do we keep adding things to the Gospel? Join me as I seek a humble, messy, and authentic faith.

A Dollop of History

Reflections on the last Divine Office of the day

Life on the Chrism Trail

In sin with delight, thinking we the righteous are fools for all our pains!

Waking Up the World

Consecrated life in the Diocese of Phoenix

The Titular Archbishop of Selsey

Fall in love with art, create it, shop it

Original poetry | Poem is me

Room Decoration Ideas For Your Home

Motivational And Inspirational Self Development Videos

musings on life in a lyrical form

Musings of a Wanderer

An apple a day, books rock their way.

If you are able to imagine, then it already has had a life many times over