Saint Augustine on the Ascension

Put Your Money on China in the Coming War

Originally posted on What are you up to during the lockdown??:
An audio has been becoming increasingly popular and conflicts are arising between what people hear: Yanny or Laurel? There have been certain explanations about one that hears Yanny and those that hear Laurel. One theory says that those who are able to make out…

Originally posted on Balladeer's Blog:
Insert your own “Pardon me, do you have any Grey Poupon?” joke here. IN THE YEAR TEN THOUSAND (1890) – Written by Edgar Fawcett, this odd little work first appeared in the political and literary publication The Arena in February 1890. Fawcett authored some eccentric pieces like The New…

Originally posted on Balladeer's Blog:
Overseas readers have been asking me about the Liz Cheney situation in Congress. Since Balladeer’s Blog is an Independent Voter site I’ve always made it clear I would be fine if both the Democrats and Republicans splintered into multiple smaller parties because neither one represents the needs of their… 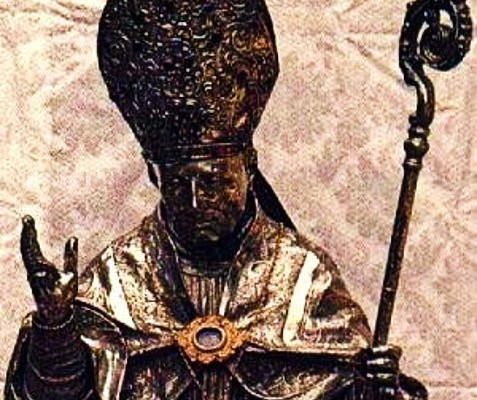 Montemarano, Italy may be a sleepy little vineyard Town now but from 1059 to 1818, it was the seat of a Diocese. The Town’s first Bishop is appropriately its Patron Saint.

I can find no information online about his early life and path to the Priesthood. His career begins with Pope Gregory VII, who had been exiled by Emperor Henry IV; during that exile, he agreed with the good folks of Montemarano that they should have their own Bishop. John was appointed and duly consecrated.

When John took over his seat, the building was in a state of decay. John then led the congregation in prayer…